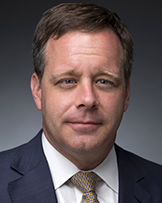 David M. Spooner is a partner in the Corporate Department in Barnes & Thornburg’s Washington, D.C., office. He represents governments, trade associations, and corporate clients on international trade matters, including trade remedies, trade policy and customs issues. He uses his past experience as a high-level political appointee in the Executive Branch and on Capitol Hill to assist clients with their advocacy efforts before both branches of government, as well as before foreign governments.

Prior to entering private practice, David served as the Assistant Secretary of Commerce for Import Administration. In that capacity, he led U.S. Government enforcement of trade remedy laws, principally the antidumping and anti-subsidy laws.  He administered the Foreign Trade Zone system; oversaw apparel trade policy and the implementation of laws governing trade in apparel; managed trade remedy negotiations at the World Trade Organization (WTO), as well as dispute resolution proceedings at the WTO; chaired U.S.-China talks on macroeconomic reforms and the steel industry; and supervised the US Department of Commerce’s import safety initiatives.

Prior to his Senate confirmation as Assistant Secretary, Davidserved as the Chief Textile and Apparel Negotiator and Transition Coordinator in the Office of the U.S. Trade Representative (USTR). While at USTR, he was a principal negotiator for free trade agreements with Central America, the Dominican Republic, Singapore, Australia, Chile, Panama, Bahrain, United Arab Emirates, Colombia and Peru, principally negotiating customs enforcement, apparel and textile, origin and safeguard provisions.  He was heavily involved in building support for congressional passage of the Bush Administration’s trade agenda. He also negotiated a comprehensive apparel trade agreement with China and concluded bilateral customs and quota arrangements with several nations.

Before his appointment to USTR, David worked on Capitol Hill, managing the Washington D.C. office and serving as the legislative director and press secretary for a member of Congress, serving as Communications Director for the U.S. House Committee on Agriculture, and working for the U.S. House Committee on Rules, which manages debate and amendments in the House of Representatives.

David earned his J.D. from the College of William & Mary School of Law and his B.A. from the University of Virginia.